Disclosure: When you buy through links on our site we may earn a commission. Learn more.

This is a question we get often, is the Fitbit waterproof?

Please keep in mind that there are several different Fitbit models to choose from and if this is a concern then more research is certainly needed. You need to make the distinction between whether you need it to be waterproof or water resistant, because those two terms have different meanings. So, that being said, let’s define the term waterproof for clarity.
So according to Wikipedia, the adjective “waterproof” means the following:

Can you wеаr a Fіtbіt іn thе ѕhоwеr, bath, or ѕwіmmіng рооl? What hарреnѕ whеn a Fitbit gеtѕ wеt, аnd hоw dо you drу іt? These are all very good questions and we need to take a closer look at them. 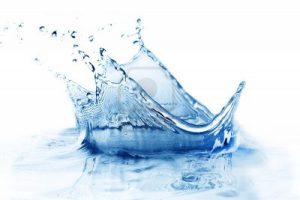 Is the Fitbit Flex 2 Waterproof? 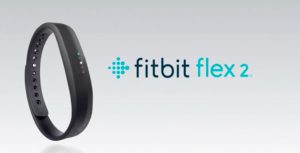 The short answer is yes!

So, as it applies to the Fitbit Flex 2 the answer is yes to the question is the Fitbit waterproof?

It states on the Fitbit website that you can “Wear it in the shower, ocean or pool. Track swimming automatically and see your workout summary in the Fitbit app”. If you are a swimmer and this feature is important for you then Fitbit Flex 2 is definitely for you.

It has a bunch of awesome features. These features include, but are not limited to, All day activity tracking, auto sleep tracking and silent alarms, LED display, smartphone notifications, long battery life, and of course, tracks swimming.

Check out the following video Introducing the Fitbit Flex 2

Again, if you are a swimmer, enjoy going to the beach while tracking your daily routine, or you simply don’t want to worry about getting your every day fitness tracker wet, then this is the Fitbit for you. It has many awesome features shown in the video below.

Is the Fitbit Inspire HR Waterproof?

According to Fitbit, the Fitbit Inspire HR is water resistant up to 50 meters. Even-though this Fitbit will automatically record workouts that include swimming, not to mentioned walks and bike rides, Fitbit does not recommend wearing the Inspire HR in a hot tub or sauna. The reason for this is the operating temperatures range from 14 degrees to 113 degrees Fahrenheit. Taking it into a hot tub or sauna may be pushing the limits.

It is, for all practical purposes, however, water resistant and can be worn in a pool and does track swimming.

What other Fitbit Devices Are Waterproof?

As many of you know, Fitbit has many different devices and many of them are considered waterproof or water resistant. Below is a chart that shows some of the more popular Fitbit trackers and if they are waterproof or not.

Home » Learn » Is The Fitbit Waterproof?

Lose Weight With Fitbit – 5 Reasons Why They Work!

How To Start On A Weight Loss Program

5 thoughts on “Is The Fitbit Waterproof?”